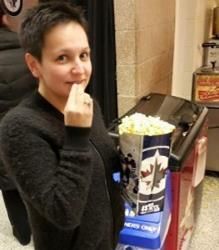 "I started out smoking a pack (25) a day. I had my last smoke on February 13, 2015. I have done more than cut in half, I quit completely! I am happy my name was chosen for ManitobaQuits. It has encouraged me that much more to quit.” 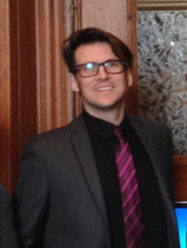 "I actually managed to reduce my smoking by 50% by not having a smoke in the mornings and only having one in the evenings. It was hard at times but I managed to do it – nothing worth doing comes easily. Now, moving forward, my new goal will be to completely quit smoking” 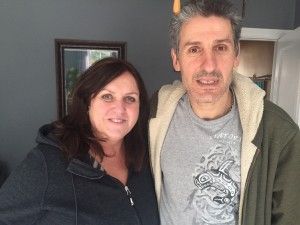 Maureen was the Quit Buddy for her husband Bashur for four weeks beginning March 1, 2015. Maureen says: “I tried my best to support Bashur’s quit efforts without being too much of a nag. I knew he had to quit when he was ready. After he quit, I encouraged him to exercise regularly and, when he had a craving, reminded him that it would pass. I’m happy to report that he is still smoke free!” 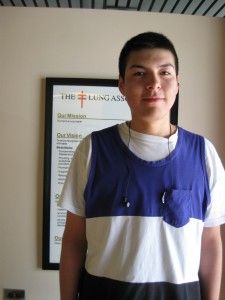 Kirk was a Quit Buddy for his mother Nicole Richard. “My mom Nicole did well with the ManitobaQuits Contest. I was there to help support her when she would have a craving and coax her into not having a cigarette. I am proud of her effort for trying to quit” 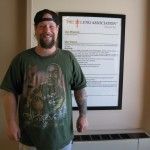 I wanted to challenge myself to quit smoking as a way to support my father with his cancer treatment.

I started my quit challenge in February. I used a nicotine patch and a non-nicotine e-cigarette. I stopped using them both at the beginning of March. As the month went on, quitting got easier. I used herbal methods to help out and a sweat lodge to help cleanse my body. I also found the sharing circle at the aboriginal centre. The ManitobaQuits Facebook was very helpful to me, as well.

I was able to remain smoke-free for the month of March and I am still smoke-free. Quitting was the best thing I could have done for myself (I have asthma), as well as for my children. They were my inspiration. 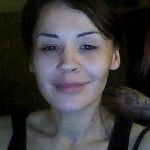 My name is Billie and I have been a smoker for many years. These past few years I have really been considering kicking the dirty habit, but with stressful situations, I have many failed attempts. I felt like a failure many times by giving up too easily.

But it’s my son who gives me the strength to try again, so I can be a healthy and more energetic mother. I want to be able to keep up with the little guy in parks, and at home. I want to be able to give him all of me for my whole life, without suffering from the side effects of smoking, including death. It is my dream.

It was my partner who brought the ManitobaQuits contest to my attention and he signed me up. I am glad I had his support. ManitobaQuits helped me by phone calls, positive conversations, through supportive emails, provided resourceful phone numbers, and kept in contact. Their support made me stronger and made me feel better about kicking the habit. I cut down on my daily intake, spent money on other things rather than asking for that pack at the counter. I even changed my brand to menthol. Yuck! I found that was a great decision, because I barely touched the cigarettes. I went a week without smoking and I was very irritable. I found myself over eating and being cranky at my partner, but he understood my battle and supported me. I’m glad I had Jeeps and ManitobaQuits, because this time I succeeded! 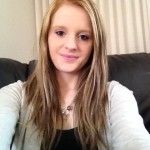 I began smoking when I was 15-years-old. I started off slowly, only having a puff. But then a puff became a drag. And a drag became one cigarette. Then I found myself smoking 20 cigarettes a day. I had myself believing I couldn’t live without it. It was then I realized the cigarette had become in control of my life.

When I started smoking I just kept telling myself “I won’t get addicted. I can stop whenever I want to.” And when I tried to quit, I failed. I felt like I couldn’t do it. I didn’t have enough willpower and it was so much easier to go outside and light-up than it was to fight the craving.

So in November of 2014, I began seeing a smoking counselor. She helped me out so much. She is the reason I finally quit smoking for good. She gave me a book called Allen Carr’s Easy Way to Stop Smoking. At first I was in denial that reading a book could stop my cravings and eventually lead me to quit all together. But it worked! I chose the last week in March to quit. However, my last cigarette was March 6th. I have been smoke-free for over a month and I have absolutely no cravings. I am now an 18-year-old non-smoker. I have full confidence in myself to say, I will never smoke a cigarette again.

I was a smoker for 16 years and then a decided to quit cold turkey.  I managed to do just that, however after landing a job where everyone smoked, I got back on the cigarette.

I started thinking, why did I do that.  After 13 years of smoking again I was desperate to quit.  I just could not kick it again.  I started thinking to myself if you don’t manage to quit, you will die from it.

In November of 2014 I had a slight stroke and got rushed to the hospital.  After a successful surgery, I got home after 2 weeks and I suddenly realized something had happened to me - I no longer was looking for my cigarette!  I did not feel any craving at all.  It seems like a miracle had happened.  I started changing my lifestyle and quit alcohol also.  I started going for walks and my breathing got much better.

I am now working full time in The Pas, after we moved up north my whole life changed.  I now know I will never ever touch a cigarette again.  I am 72 years old and never felt better thanks to some encouragement from Manitoba Lung Association and myself.